Schio's vocation for industry has very old origins and has left the town a remarkable legacy consisting of precious evidence to its Industrial Archeology.

Schio is the chief town of the Leogra Valley and has approximately 38.000 inhabitants.The Leogra Valley is a large furrow opening onto a plain-where Schio stands- then winding north west towards the Pian delle Fugazze Pass, at the foot of Mount Pasubio, between the spurs of Mount Summano, Mount Novegno and the small Dolomites. The Roggia Maestra, a branch of the Leogra torrent excavated towards the middle of the thirteenth century along the boundary between Schio and Pievebelvicino, played a fundamental role in the development of Schio. The canal has determined the town’s economic fabric and the structure of its urban centre, which it traverses with a system of 12 locks.

Schio’s golden era was undoubtedly the nineteenth century, when Alessandro Rossi, transformed the original wool mill founded by his father in 1817 in Contrà Sareo, now via Pasubio, into the biggest textile complex in Italy. Schio became the capital of the wool industry.

In the 19th century, the silk industry began to flourish alongside the wool industry: the mechanical industry developed, the Saccardo Factory was set up and specialised in supplying shuttles and accessories to the textile sector.

Schio’s economic and cultural dynamism continued into the first decade of the 20th century with the emergence of new industries, the construction of the Teatro Civico (Civic Theatre), of monuments to Alessandro Rossi and the Pasini brothers.

The most important archaeological-industrial evidence is to be found concentrated in a large area of approximately 40 hectares in the heart of the city, along an artificial canal called Roggia Maestra, which then winds its way north of the Leogra Torrent and crosses the whole town itself. This canal is the basis of the productive activities and the urban morphology of the town. The industrial constructions that stand out amongst all the others are firstly the Fabbrica alta of the Lanerossi Wool Factory, monument par excellence from the first period of industrialization in Italy, built in 1862 and designed by the Belgian architect Auguste Vivroux, and secondly the historic buildings of the oldest Italian Wool Factory still run today by the same family, the Lanificio Conte, dating back to 1757. All around these are to be found the educational, cultural, social and leisure-time institutions created in the second half of the 1800s by Alessandro Rossi, the ideologist and leader of the first Italian industrialist current. In order to find a solution to the growing housing requirements caused as a result of the development of the factories and with the intention of creating a model working class neighbourhood, he built the Nuovo Quartiere A. Rossi, between 1872 and 1890, with 272 dwellings for about 1,300 inhabitants and later gradually increased.

The most ancient evidence of Industial Archeology is The Roggia Maestra. The Maestra Canal is a fundamental element in the study of the material and non-material evidence of Schio’s Industrial Civilisation. The canal was crucial, both in terms of timing and function, for the development of the manufacturing processes and industrialisation of the territory. In terms of water resources the Leogra Valley, at the mouth of which Schio is situated, is characterised by a close network of tributaries which all flow into the Leogra torrent.

By following Via Pasini we reach The Fabbrica Alta, an imposing wool mill, an orthogonal annex to the Francesco Rossi Wool Mill. The factory had a considerable social and urbanistic impact on the nineteenth century territory. It was designed in 1861 by the Belgian architect Auguste Vivroux based on the European multi-storey model and was equipped with the most modern technologies and foreign technicians. The building was commissioned by Alessandro Rossi who had strong business and friendship ties with Belgium and above all with the town of Verviers. The power used to drive the machinery, before the advent of electrical energy, was supplied by a 100 horsepower steam engine imported from England. The materials used in its construction are predominantly bricks and stones from the local area. The rosettes of the iron girder heads, the unusual use of terracotta for the profiles of the 330 windows and 52 dormers and the rhomboidal motif of the loft frieze are particularly interesting features. In the surrounding area, Rossi had several sheds and workshops built over the years, with a more functional saw-tooth roof. To the left, for example, we find the electric powerhouse and the old dyeing sheds, just after the terracotta chimney stack, lowered by 20m, designed by the engineer Pergameni.

Between 1966 and 1967 the tall factory was closed down, and the production cycle was moved to the new factory in Schio’s industrial zone. The building, which now belongs to the Marzotto Company, has been completely emptied. Along the visual axis of the Tall Factory where it meets Via Alessandro Rossi, one of the main arteries of the workers’ neighbourhood, stood the Monument to the Weaver (1879), a statue of a weaver commissioned by A. Rossi. The sculpture by Giulio Monteverde, was later moved to the square in front of the Duomo (where it is due to be re-erected on 28 February 2004). Its original position was the midpoint between the work area and the workers’ neighbourhood residential area.

From 1860 onwards – during the redevelopment phase generated by Alessandro Rossi – the area in front of the Wool Mill Francesco Rossi was transformed into a splendid late-Romantic garden called Jacquard. This elegant green corner is the work of the architect Antonio Caregaro Negrin, who skilfully blended the new elements with those already existing: the two houses on the corner facing Via Pasubio, the octagonal turret with its pagoda roof and the sixteenth century church of San Rocco. Another important element of the garden is its sinuous exedra-style greenhouse which is the backdrop to the entire rear section of the garden: the mysterious nymphaeum, the grottoes, the hanging gardens and the belvedere. The Jacquard garden with its original eclectic style and rich variety of tree species, was entrusted to Marco Restiglian from the Padova Botanical Garden who turned it into an exceptional expression of Veneto and European culture of the end of the nineteenth century. The building on the right side of the garden – originally the caretaker’s lodging, stable and warehouse – was a support structure for the productive activity of the Rossi Wool Mill. After 1860 it was turned into a Dopolavoro (a workers’ recreational club) which included an evening school, a rehearsal room for the band, a circulating library and a multipurpose theatrical hall with an eight hundred seat capacity. The side wall is adorned with twelve terracotta medallions by G.B. Boni depicting the most illustrious figures in Schio’s history.

In 1872 Alessandro Rossi purchased some land, with buildings on it, to build a nursery school for his workers’ children. The school was designed by architect Antonio Caregaro Negrin and the project was completed swiftly with the erection of a building of roughly 1200 square metres. It consisted of a single-storey central structure and two two-storey side wings which housed the classrooms, the refectory, the meeting hall, the work room, and the teachers’ accommodation. The kitchens, laundry and other service rooms were located in the basement. The neo-classic style school was designed to cater for children from three to seven years of age, but it was extended nine years after its construction to meet the needs of the constantly increasing working population; by adding a further two storeys to the central structure the school was capable of catering for five hundred children. The building bears the inscription “in puero spes” above the entry as an expression of Rossi’s complete faith in the younger generations.

From the Nursery school we go down XX Settembre street until we come across Pietro Maraschin Street, main axis of the new Workers' Neighbourhood. An area of roughly 152,000 square metres in the south-west part of the old centre of Schio is occupied by the historic Workers’ Neighbourhood erected during the last decade of 1800, exactly between 1872 and 1890. Alessandro Rossi, who commissioned the works, wanted to implement an urban and social plan to meet the residential needs of the increasing numbers of workers who were moving into the city. The initial design by the architect A. Caregaro Negrin planned a series of residential buildings surrounded by green areas and crossed by sinuous, curved roads and pathways; however, this plan was modified to make a more rational use of the land. A more rigorous organisation of the space and a rectilinear and orthogonal road system was decided on, following the chessboard model which had already been experimented in north central Europe (such as in Saltaire, Mulhouse, Essen, Verviers), but with a more definite hierarchy in the dwellings and more emphasis on private garden areas. The dwellings were classified into four groups: first and second class houses for technicians and managers, detached houses erected along the main street (modern-day Via P. Maraschin, visit Villino Giovanni Rossi, built in 1877 by Caregaro Negrin. the third and fourth class dwellings designed for the workers were set further back towards the centre of the village (an example of this type of housing is via A. Fusinieri). Apart from residential buildings, the Neighbourhood also had to house facilities for the inhabitants, such as an elementary school, public baths, washing facilities, ice-house.

Close to the Workers' Neighbourhood, going right along Pietro Maraschin street, we can admire the Civic Theatre. This building is not strictly part of the network of worker and training institutions sponsored directly by Alessandro Rossi, nevertheless it is a material sign, not only of the industrial but also of the cultural vitality present in Schio at the beginning of the 20th century. In 1906, an association called “Cooperativa per il Teatro Nuovo” (New Theatre Cooperative) was formed in Schio with the object of setting up a new theatre in response to the new cultural demands of the town; Baron Alessandro Rossi, nephew of the homonymous senator, was named president of the association. The official inauguration of the theatre took place on 9 June 1909. The theatre was designed by the local engineer-architect Ferruccio Chemello and built under the supervision of the master builder Antonio Carretta. The main façade of the magnificent edifice features three great archways that open onto a spacious entrance hall. A stairway made of Chiampo marble, leads to the stalls which was once extremely vast and fitted out with seats and benches, tiers of boxes along the sides and a gallery with a 700 seat capacity. The stage platform could be removed to obtain a ring for performances with animals on the level below. The theatre was built with a great attention to detail and with all the conveniences possible for the time, including heating, 15 dressing rooms for the performers and dancers, and the elegant cardinal-red velvet curtain. In recent years the historic building has been partially restored and several of its elegant halls are now useable, while the rear section still requires complete restoration.

Not far from the theatre stands the Church of Sant’Antonio Abate, designed by the architect Antonio Caregaro Negrin, and built by Alessandro Rossi in 1879 to service the workers’ neighbourhood. The church, located at the end of Via Pasini sat on the boundary between the historical centre and the new Rossi residential area. 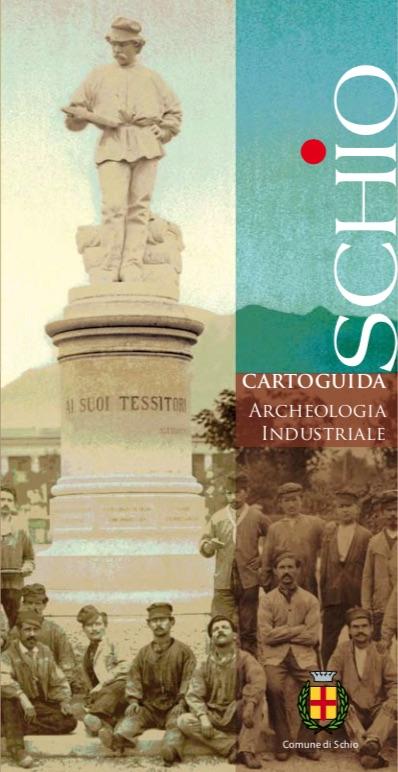 DETAIL
|
SAVE POINT OF INTEREST

I documentari di Internazionale a Schio