The Jacquard Garden was established in 1859, in a period of great renovation and growth for Alessandro Rossi’s enterprise, with the aim of offering citizens and workers a space dedicated to entertainment and culture. The area in front of the Lanificio Francesco Rossi is thus cleared. The proximity of the workplace with places of leisure is represented by the fact that the two entrances are perfectly aligned. The garden is dedicated to the man who improved and patented the loom used to weave more complex fabric designs: Frenchman Jean Marie Jacquard.

The garden, which slopes gently up the hill, before being turned into a romantic garden, in the period between 1864 and 1879, hosted structures functional to the textile production, such as drying and tentering rooms for the wool fabrics, and the old weaving hall, or rather Nicolò’s original wool mill.
A part of the weaving hall was replaced with the ‘Tettoia per gli Operai’ (the worker’s canopy) deigned by engineer Pergameni is still visible to the left of the entrance gate. The Jacquard garden was designed by architect Antonio Caregaro Negrin who skilfully blended new elements to the preexisting ones: the two corner houses facing the current Via Pasubio, the octagonal tower with pagoda roof and the 16
th century church of San Rocco. The tower once closed the weaving phase and used to contain the “pisciatoj” (urinals) according to the traditional use of urine in wool manufacturing processes, due to its strong ammonia contents. It was subsequently turned into a columbarium tower in the traditional style of rural Veneto. Another significant element of the garden is the sinuous exedra-shaped conservatory bordering the flat part and acting as backdrop to the rear garden. During the winter months, it would house orchids and other plants grown by the gardener of the Botanic Gardens of Padua. On the back we find the mysterious nymphaeum made in different materials such as live rock, bricks, river stones, iron to create a system of artificial grottos, arches, and sinuous paths, rustic steps and a belvedere. The Jacquard Garden, with its particular eclectic style and its rich and exotic gardens is an interesting expression of Veneto’s culture, but also of European culture of the turn of the century. The building on the right side of the garden, once contained a gate lodge, stables, a warehouse and also part of the Rossi Wool Mill production facilities. After 1860 the building was converted to host a workmen’s club, a rehearsal room for the local band and a library. In 1869 Rossi turned the upper floor of the building into an 800-seat civic theatre. The theatre is in a horseshoe shape and would typically stage operettas and folk plays inspired by the lives of the working classes, as well as concerts, events and conferences. The ground floor used to have a box office and a café, the entire complex was used as a multifunctional cultural centre for all the citizens. The Lombardesque façade of the building alternates red-frame windows, 12 terracotta medallions by the Milanese sculptor Giovan Battista Boni who represented important figures in the history of Schio: Friar Giovanni da Schio (1200-1600), painter Francesco Gualtieri, (13th century), military leaders Gian Paolo and Giulio Manfron (15th – 16th century), Girolamo Bencucci, bishop and diplomat (1481-1533), Bernardino Trinagio, author (1512-1577), Nicolò Tron, Venetian aristocrat and wool merchant (1685-1772), Giano Reghellini, doctor (1710-1772), Francesco Griselini, author (1717-1783), Carlo Bologna, author (1765-1842), Pietro Maraschin, geologist (1774-1825), Ambrogio Fusinieri, scientist (1775-1853). The Jacquard Garden complex is a precious example of late Romanic garden where the designer was able to express his eclectic style in harmony with his client, Alessandro Rossi, who is represented here with a bronze monument welcoming visitors at the garden’s entrance. 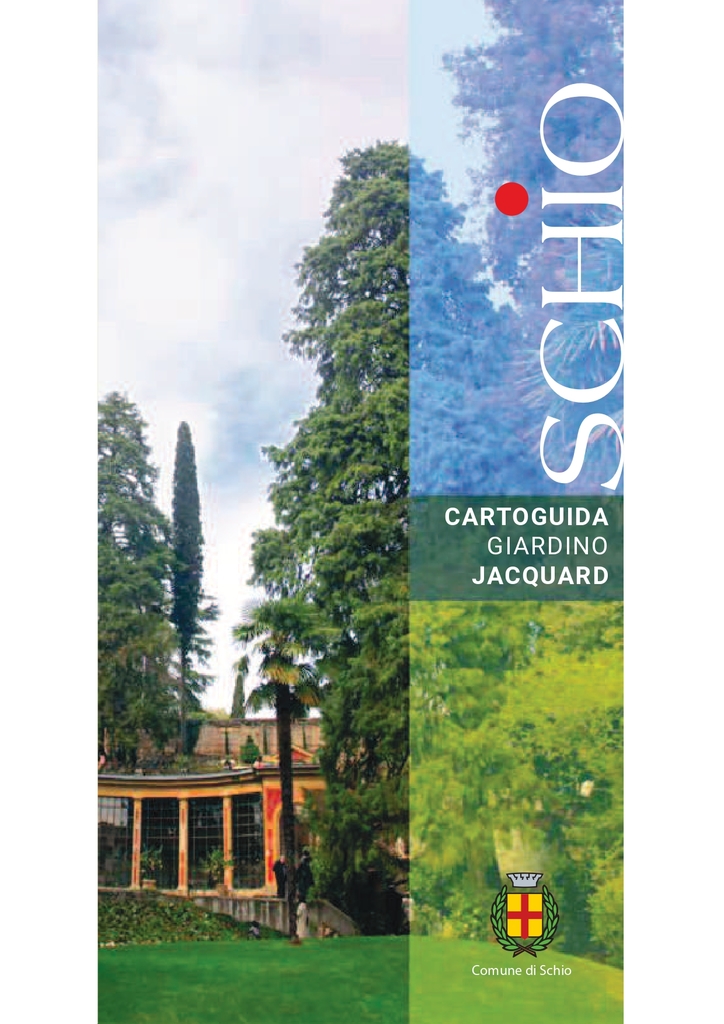 The Conte Wool Mill is one of the city’s oldest...

The company’s first headquarters was in the centre of Schio,...

DETAIL
|
SAVE POINT OF INTEREST